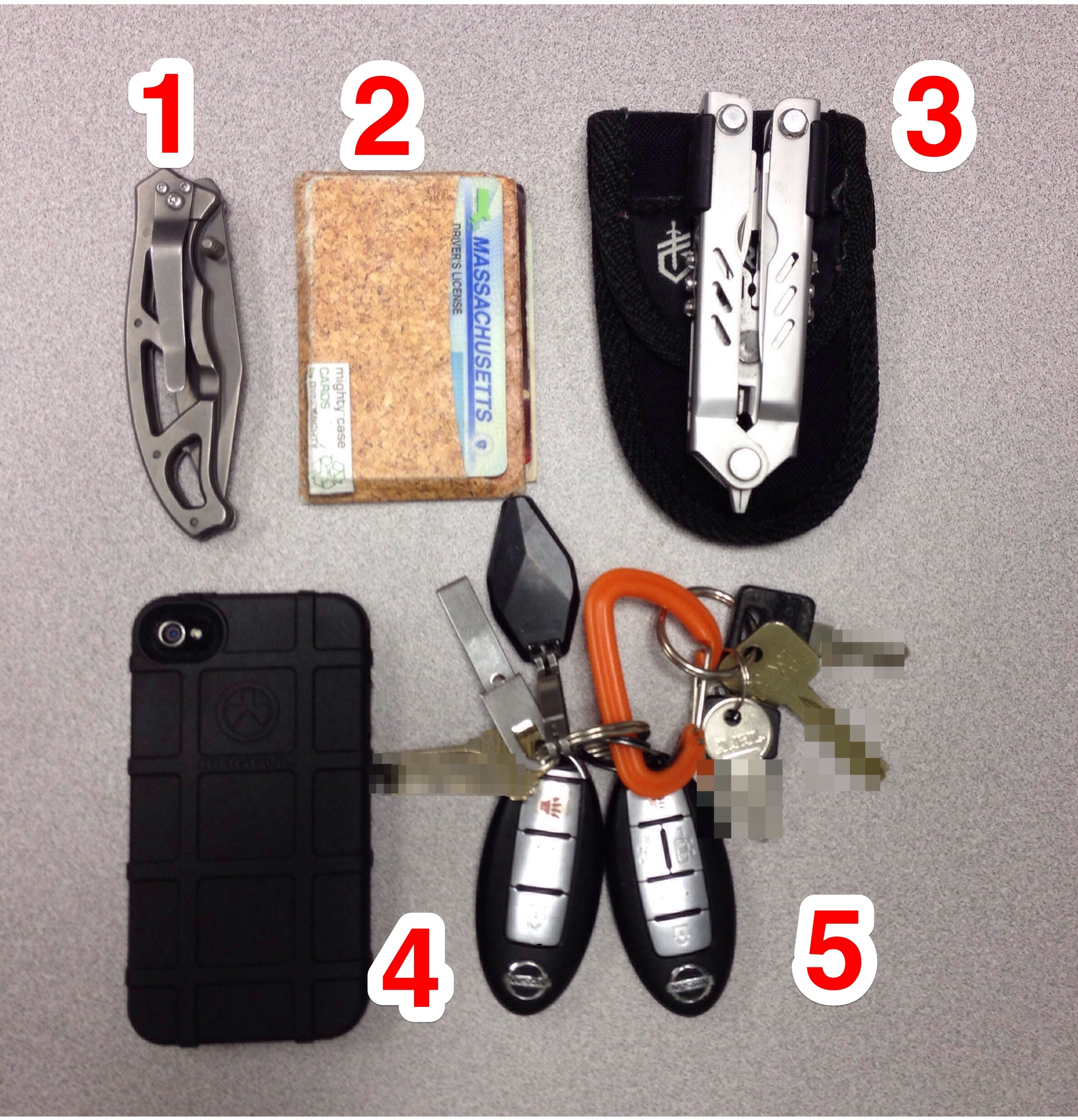 I rarely leave home without any of these things. I took a few months off from carring the multitool this year right after Thing #2 was born this summer, and at least once a week I'd wish I had it on me.

I think I've reached the bottom of my EDC minimization. I'd love to reduce my keychain a bit, and may try removing the smaller keys (bike lock, for instance) and the key to my work office that I never lock. That doesn't seem like much, but every ounce counts if it's clipped to your belt.