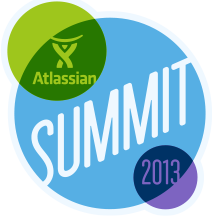 The last time I went to a tech conference, it was 2005 in Atlanta, GA for the annual ResNet Symposium. I loved that group of people. Over three years of attending, I had developed a network of about a half-dozen academic technology peers who faced all of the same challenges I did in that job. We kept up throughout the year, supported each other's presentations at subsequent conferences, and generally enjoyed each other's company when we had the opportunity to connect.

I left the world of academic technology later that year, and as such never had the resaon to attend again, and in my following positions, there had not been any opportunity to meet up with peers in whichever role I had. As a technical support engineer and manager, the available conferences all felt stale and boring,1 so I never even tried. As an engineering manager who was never a software engieer, I've often felt a bit out of place a technical conferences. I'm super happy to send my engineers to No Fluff Just Stuff any chance I get, or send my UI lead to the Rich Web Experience. They always come back with a slew of ideas, and it's well-worth company dollars to send them. Sending me, though, would not be quite as useful.

This year, though, that got to change. My department within Nuance Healthcare went through a massive re-organization several months ago which separated us from our ancestral department. As a result, we took the opportunity to look for ways to be more efficient in our day-to-day operations that were not necessarily tied to the tools and methodologies of the previous organization. That org had moved all engineering teams to Rational Team Concert about a year beforehand, and while some were finding it useful, my team found that it just got in their way any time that it could. So, I set out to replace this with something else. After (some) deliberation, we pitched moving to the Atlassian tool suite, namely JIRA and GreenHopper Jira Agile.

The Atlassian Suite is really easy to swallow as an investment: It has a huge community, has great name recognition, works well, looks good, is constantly being improved, and has a price tag that makes most corporate entities chuckle and as what the catch is.2 There isn't one. It's a stellar platform that "just works" for nearly any engineering (and non-engineering) workflow. Heck, NASA uses it.3

We're working towards rolling out most of the suite to our entire department, which is about 290 people, with an expanded group of "external" users, getting us up into the 400ish range on JIRA and Confluence, with our engineers on Crucible as well. We tie all of these tools together to our Active Directory using the Crowd tool for Single Sign-On. It's smooth, usable, intuitive and functional. So incredibly funtional.

Anyway, back to the point. Atlassian hosts an annual user's conference called the Atlassian Summit, to which I was incredibly fortunate to be allowed to attend this year. I flew in yesterday, registered and wandered around the vendor booths for a bit before the opening reception. Today is when the main event kicks off, but I already feel like I've been exposed to enough to have been worth the price of admission. What I learn today and tomorrow should be enough to convince the company to send more than just me back next year, or so I hope. I'm planning on attending the following sessions today:

More to follow, I imagine. As for now, I'm still operating on Eastern Daylight, so I've been awake for almost four hours already and it's not even time for breakfast here. Sigh.