The fun homeownership never ends. And why should it? I know not.

After doing a bunch of work in the kitchen this past November, we ran into one snag: the new stove would not sit flush against the wall. This wall happens to be an exterior wall; with almost any brick house, there's not a lot of room behind the drywall and this is no exception. As a result, the power receptacle, which fit snugly underneath the previous stove, causes the new one (with two ovens, hence the clearance difference) to sit out about 3 inches.

This doesn't bother me one bit, it does, however, annoy my wife. And as everyone knows, low WAF1 is bad. She'll deal with it fine in the short term, but I know that at some point I'm either going to have to figure out how to make that stove sit against the wall, or order a really thick piece of matching backsplash to fill the gap.

I had a couple of hours to kill on this cool and windy President's Day, so I started disassembling the non-functional kitchen in our finished basement. The functional main level kitchen is right above it, and the stove wiring runs down into the basement, so to get a good look at it, I had to take out a couple of wall mounted cabinets. Who doesn't like demolition? Nobody. Everyone likes taking things apart.

I had previously noted that the 6 gauge wiring from my panel to the stove dipped down below the top of the exposed drywall in the basement, and then reappeared going straight up a few inches back. This made no sense to me unless there was a junction of some kind in the wall, and I was certain that couldn't be up to code. I filed this mentally, and didn't think about it again until today... Two cabinets into my demolition, I notice this perfectly lovely portal in the wall:

A sudden memory flash... what could possibly be in there? 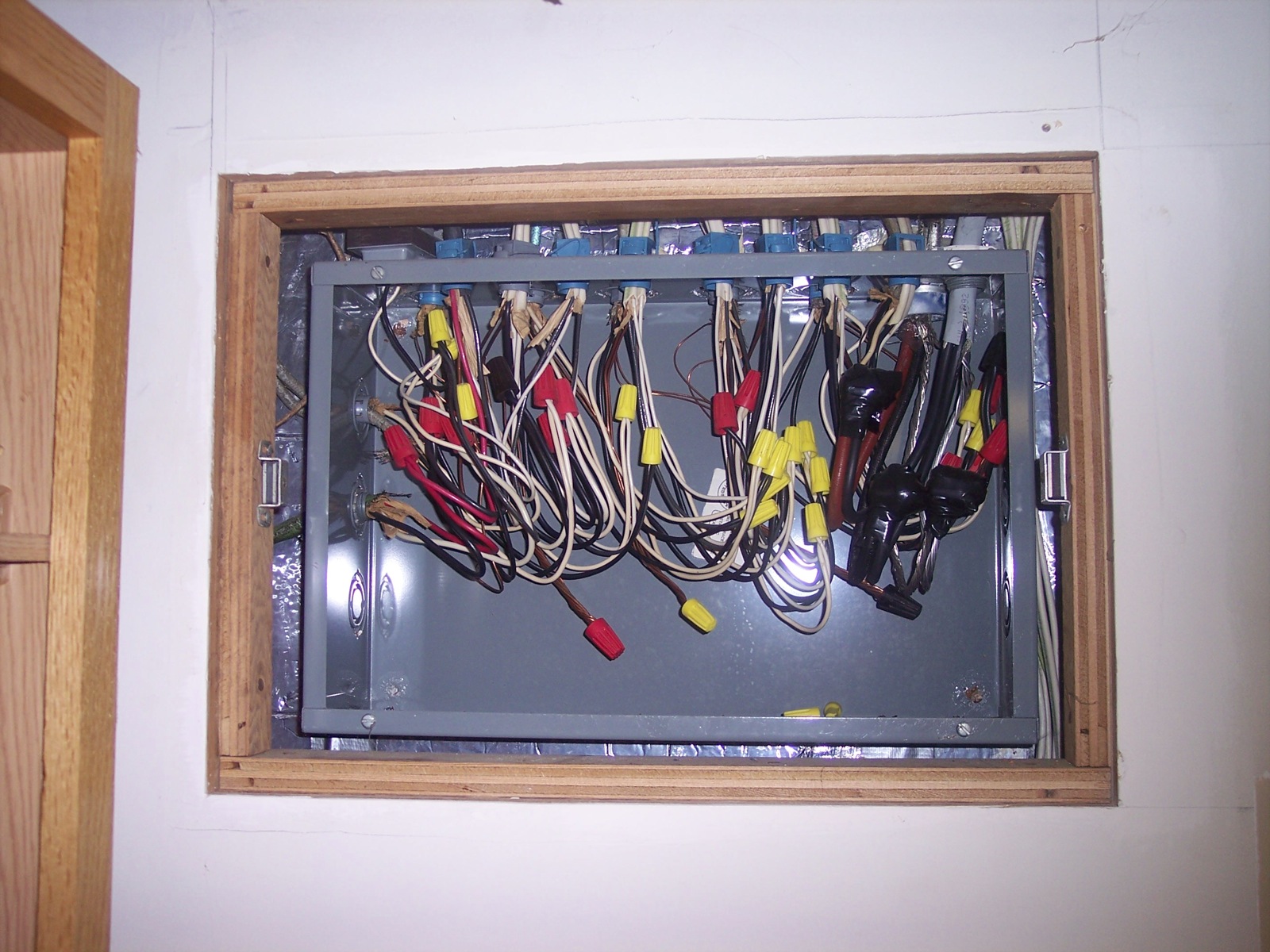 Apparently, when you "upgrade the wiring" in a house, and some of the circuits are too short, or too hard to get to, you can put a big ol' junction box in the wall to marry old wiring to new wiring. I'm certain that you're supposed to make sure that said junction box is accessible, but perhaps whomever did the wiring didn't communicate that to the same people who put a not-to-code kitchen in the basement of this house?

Of note, this did answer my question as to where my doorbell transformer was located. Two mysteries solved!